Golf is one of the most popular games in the world. People have been playing golf for a very long time. It gives pleasure, enjoyment and also it is good for health. However, there is always a misconception about the meaning or the acronym of golf.

It is often seen that players and people asking what does golf stands for but no one is able to provide the right answer to this question. Some say golf is the acronym of Gentleman Only Ladies Forbidden. Some say it is the elaboration of Green, Oxygen, Leisure, and Friendship. But none of these are true and every single one of these acronyms is a misconception nothing more. But today we will tell you what is golf stand for with historical proof. So stick with us.

What does golf stand for?

Basically, there is no elaboration or acronym of golf. After hearing this I think you must be disappointed and aren’t able to believe me, but trust me it is the truth. However, the name golf is linguistically attained from the Scots alteration of the Dutch word ‘Kolf’ or ‘Kolve’. This word means ‘club’. Therefore it is now accepted that the word golf is derived from the Dutch word.

Before the 19 century, the game was playing in many places but was not popular internationally. Some few people knew about this game. But in the late 19th century the game spread to the United Kingdom, British Empire, and the United States and became internationally popular. Now golf is played all over the world and played by almost all types of people including young, old, adults, business persons and many more. It is a game of friendship and harmony which enhances the relationship between the business partners, family members, friends, and many more.

What is the Origin of Golf?

The ancient history and origins of golf are unclear and therefore it is debatable. However, the modern golf game originated in 15th century Scotland.

Some of the historians found trace similarity of this game in the Roman game of ‘Paganica’. The game was played by a bent stick and the players used to hit a stiff leather ball. According to a theory, the game Paganica spread to Europe because the Roman conquered most of the European continent during the first century. From that time the game evolve to the modern golf game.

On the other hand, another theory says that the game was evolved from the Chinese game ‘Chuiwan’ where ‘chui’ means striking and the word ‘wan’ means small ball. The Chuiwan was played between the 8 and 14th centuries.

Also, there is another history that says the game was originated from the game ‘Cambuca’ in England and ‘Cambot’ in France. Also, there are many more histories and theories that are related to this game.

But the first written record of the modern golf game was found in 1457 where James II banning the game. He banned the game because the game was causing a distraction to the people from learning archery. However, in 1502 James IV removed the ban. James IV became a golfer himself. James IV played a golf contest in 1681 against two English countries to claim the game right for Scotland. One of his teammates known as John Paterson was paid too much money for his performance. With the money, John was able to build a mansion in Edinburgh. Which is now known as the Golfers Land.

The world's first golf tournament was played at the Prestwick Golf Club in 1860 in Scotland.

The early rules of golf were found in the Thomas Kincaid dairy. Kincaid was a medical student. The notes are based on the early handicap system of golf. The oldest golf rules were written for the Company of Gentleman Golfers in 1744. It was renamed as The Honorable Company of Edinburgh Golfers. The article of the instruction is now reserved in the National Library of Scotland. It is known as the Leith Rules. It contains all the basic rules of golf.

What does TPC Stand for Golf?

Tournament Players Club which is briefly known as TPC. The TPC is a collection of Elite Courses around the world. These courses are standard with the PGA tour. Courses of the TPC are very challenging for all levels of golfers.

The TPC Network is consists of 32 courses across 3 continents. These courses have both private and public access. The first TPC golf course is known as the TPC Sawgrass. It opened in 1980. 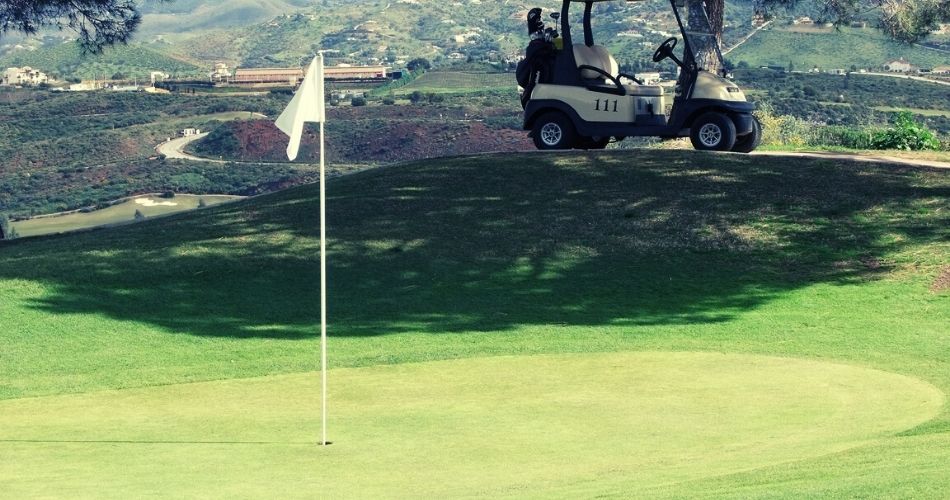 What does golf stand for

What does PGA Stand for Golf?

One of them is known as 'PGA Tour' that runs Champions Tour, PGA Tour China, PGA Tour Canada, and many more.

The other one is the 'PGA European' Tour that runs European Tour, European Senior Tour, and Challenge Tour.

The equivalent term of women's PGA is known as LPGA. The LPGA stands for Ladies Professional Golf Association. However, other women's golf associations have the territorial title on their names such as LPGA of Japan and LPGA of Korea.

What does PNC Stand for Golf?

The PNC stands for Father/Son Challenge. The PNC was titled on 2020. It is a 2 player golf tournament. Each team consists of two players basically a professional golfer from the PGA Tour or the Champions Tour and the golfer’s son.

It has always been a matter of argue what is the elaboration of golf or what is the acronym of golf. But with the help of this article one will be able to understand what is actually the golf stand for. Here we have discussed about other terms like PNC, PGA, and TPC. One will be able to know the history and the origins of golf as we have also discussed about the origin and the history here.