Dormie is a golf term that is used in match-play golf rounds. The term dormie is an indication of the lead point of a golfer. Basically, it is used when a golfer gets a lead point which is similar to the number of holes remaining to be completed.

What does Dormie Mean in Golf?

Those golfers who have played match play in Golf should be related to this term and know the meaning of this term. But for those casual golf players or fans, the term is kind of confusing. That is why we are here today. Today we will discuss this term so that the casual golfer, the beginner, and also the diehard golf fans can easily understand this term.

What is the Origin of the Term Dormie?

At the beginning of this article, we mentioned that the term dormie is used to indicate the lead point of a golfer. The leading point is very superior so that other players are not able to surpass this score. Which ultimately makes the leading player of the match play untouchable. That is why dormie is used to tell the lead player that relax you would not lose at all. However, it may be impossible to surpass the player who has gone dormie, but there are some players who have lost after reaching dormie.

Did Marry Queen of Scotland have Anything Related to the Term dormie?

According to some purists, the term dormie is related to the queen of Scotland, Marry. Basically, behind this thought, there were some reasons.

However, there was no real evidence behind this to believe that the queen Marry of Scotland and the first female golfer used the term dormir. Also, some say that while Marry was playing Golf in 1567, she was notified that her husband was murdered. Her husband Henry Stuart, Lord Darnley, was murdered and some people called her husband went to dormir. But this is just fiction. There is nothing true about this story as there is no evidence of it. That why it is known as fun fiction, nothing more. If you want to know Golf Ball Marker read it. 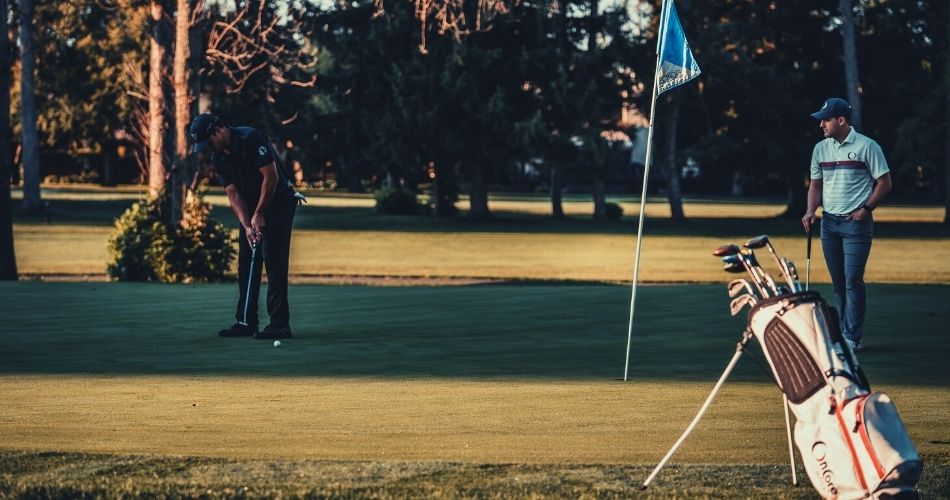 What does Dormie Mean in Golf

Another Origin of the Term Dormie

There is also another fun myth which is known as the theory of Dormice. The dormice theory came out of the Historical dictionary of Golf. The dormie is local Scottish slang for dormice. This origin also has no evidence to prove to be worthy.

According to this history, the dormice are small rodents and the dormice inhabit the health. These animals could be seen near the coasts where golfer used to play. The theory also states that these animals were very shy types, and they used to hide when golfers came near them. Golfer at that time believed that seeing one of these dormice was to be a good omen.

Also, some people say that the term dormie is related to the Dormy House. It is a house at golf clubs. In this house, golfers go to sleep overnight.

Who is Dormie in a Match Play?

The golfer who has a lead of the score which is equal to the hole remaining is called dormie. Suppose that a golfer in a match play is in the lead of 2 while there are two holes remaining to complete. Also, if there are three holes remaining and the player gets a lead of 3 then it will also be called dormie. As we said before, dormie players can also lose if the opponent player scores extremely well. However, if a player is winning by more holes than the remaining holes, then there is no chance for that player to lose. Suppose that, a player is 4 holes up and there are 3 holes remaining to complete, then there is no chance of others to win. If you want to know Best Personalized Golf Towels read it.

How does Match Play Scoring Work?

In stroke play, the total number of strokes over one or more rounds is known as the score. From this aspect, the match play is different. In match play, the score of a player is determined by each individual hole win or lost. For winning each hole a player will get 1 point. Basically, a golfer plays each hole with the determined per and those players with the least number of strokes get one point after completing the hole.

In an 18 holes match play, if the number of par in the first hole is 4 and player X complete the hole in 3 strokes or par on the other hand player Y took all the 4 strokes to complete the hole, then player X will be 1 up with 17 holes to play. It continues till one player is up more holes than the remaining holes then the player is considered as a winner. Suppose there are 5 holes left and the player is 6-up then it will be said the player is won by 6 and 5. The player or the team with the most holes up will be determined as the dormie. That means the other players or the other team has to complete all the holes to halve the match.

There are many terms used in the golf game. Most of these terms are related to the scoring system. However, some terms are related to safety issues and other things. In this article, we have discussed the term Dormie in Golf which is mostly used in match play. Those players who play match play sure to know about this term. But those players who do not play match play and just play the stroke play game should know about this term. That is why we have discussed the origin and the scoring system of match play.