Putting backspin on a golf ball is a professional level skill. Backspin is a skill that is when a player hits a golf ball instead of going forwards the ball comes backward by rolling back to the player. Almost all golfers try to achieve this skill.

How to Put Backspin on a Golf Ball?

Method of Putting Backspin to a Golf Ball

Let’s begin with the steps.

A perfect backspin depends on three things. These are club head speed, spin loft, and friction. We will describe these three in detail in the steps below.

Step 1- The first step is to understand the clubhead speed. Almost all golfers know about this. However, if you are new then do not worry I will tell you about it. It is the speed of the club head while a player swings the club to hit the ball. For backspin one has to select a club that can produce more club speed. Because more club speed means more spin rate. For more club speed one can use a wedge club that can produce a long range shot. Also, to get more clubhead speed one should swing the club at a proper angle while hitting the ball. This will create more spin to the ball.

But one must be cautious not to provide swing very hard.

Step 2-The second step is to understand the spin loft. One has to make sure that the person is able to generate enough spin that will spin the ball back to the person after the ball hits the green. In simple words, the spin loft is the angle between the attack angle and the dynamic loft. I know you are confused. These are very complicated so it is obvious to get confused. However, let's discuss these things in detail.

Now the term dynamic loft means the angle of the clubface. The angle of the clubface means the direction of the clubface points at the time of hitting the ball. Two types of clubfaces will obstruct the ball from spinning more. These two are open and close clubface. These two clubfaces will create more spin on the side of the golf ball. With the sideways spin, a ball would not be able to generate a back spin. Also, with an open face club, one will get too high spin loft. From a too high spin loft, one would not be able to get the friction on the ball. As there is no friction there will be a minimum number of backspin.

Therefore one must have a square face at impact. Because the square face will create a more backward spin to the ball and it will make the process very easy.

Step 3- The final step is to understand the friction. If you read the 2nd step fully then I am sure you have noticed that we have talked about the friction a little bit there. But now we will discuss it in here with more detail.

There you go with the steps. With these steps, one will be able to put backspin to their golf ball. If you want to know How to Lift a Golf Cart Without a Kit? 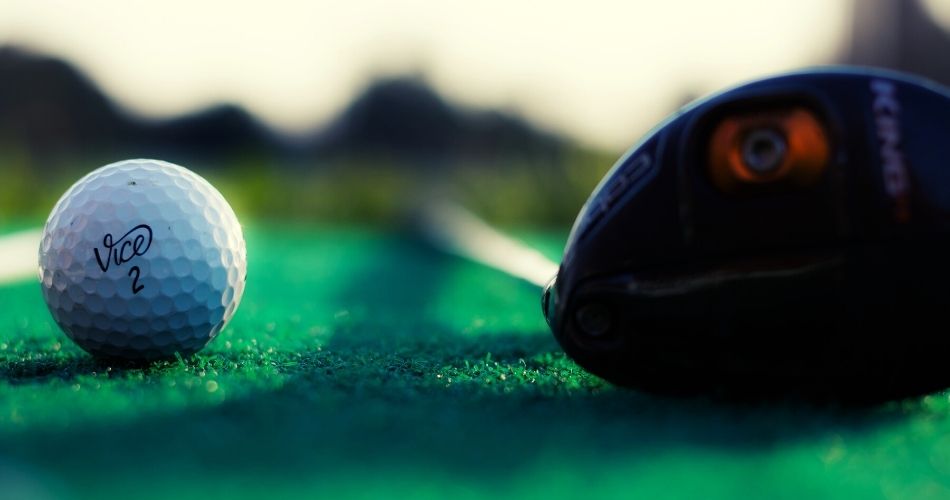 How to Put Backspin on a Golf Ball

Solid Strike- The first thing one has to make sure of is a solid strike. To have a solid strike one must make sure to choose the right hitting technique. Without a proper hit, one would not get a high amount of spin rate.

Grooves- Next thing is the grooves. If you are a beginner then here me out. Grooves are the pattern on the clubface. From using the grooves of the clubface get dirty. Grooves face dirt, mud, water, and grass. Therefore one has to make sure that the grooves in the clubface are clean and then grooves are sharp. It would be wise to change the club 2 to 3 times a year to ensure that you have nice grooves and you will be able to create more spin on the ball.

Dry- Dry means make sure everything thing is dry. Ensure that the surface you are playing is dry, the club you are using is dry, and also the ball is dry enough. If the grass is wet then the ball will slip on the grass and the ball would not be able to create spin. The same goes if the ball is dry. If the club you are using also has a dry face then you would not be able to create the right amount of friction on the ball which will minimize the spin rate.

Grass Size- And the last thing on our list is the grass size. One has to ensure that the area they are playing on has small sized grass. If the grass is big you would not be able to hit the ball perfectly because the grass will come between the clubface and the ball which will minimize the friction and also can change the angle of the ball. Make sure the area contains grass similar to the fairway. Small sized grass will ensure that you face no obstacles between the ball and the clubface.

With these considerations, one will be able to get the perfect friction which will ensure you get the backspin out of your ball.

Almost all the golfers dream to put backspin on the ball. But not all of them can. Therefore today we have come with a method that will help one to get the backspin out of their golf ball. Follow three of the steps carefully and also make sure to follow the things we have described that will help you to get more friction and more spin for the backspin.