If you are a beginner you will face difficulties to understand the terms loft angle and the launch angle. These terms are quite difficult. But we will try to describe them in simple words.

What is a Loft Angle?

In simple words, the loft is the clubface's back angle or the angle behind the clubface. The higher the loft angle the higher the launch angle will be. That means with a higher loft club a golfer will be able to launch the ball too high in the air but the ball would not cross the further distance. On the other hand the flatter the club the more distance it will provide.

If you are a golf fan then you may have seen that while taking a shot a professional golfer takes out two or more clubs from the bag and choose one for the shot. The golfer chooses the club depending on the situation. Now you may be thinking what is the difference between the club the golfer choose to take a shot and the other clubs he didn’t choose. The difference between these clubs is the loft angle.

On the other hand, if the balls land in the rough or in the bunker then it can be seen that the golfer is choosing a higher loft angle club. The higher loft angle club gives the advantage of hitting the ball high above in the air. The club would not shot the ball in further distance. Just after covering some distance, the ball will fall down in the ground which helps the player get the ball in the fairway or in the green.

Sometimes it seems that the ball gets stuck in a very clumsy place and the golfer needs to chip of the ball from the place. At that time the high loft wedge plays a very important role. With a high lofted wedge, one can easily toss the ball in the fairway or in the green with ease.

For those above reasons, golfers can be seen carrying many clubs in their backs. So after all that it can be said that for taking different types of shots and for getting out from clumsy situations determining the right lofted club is very important. 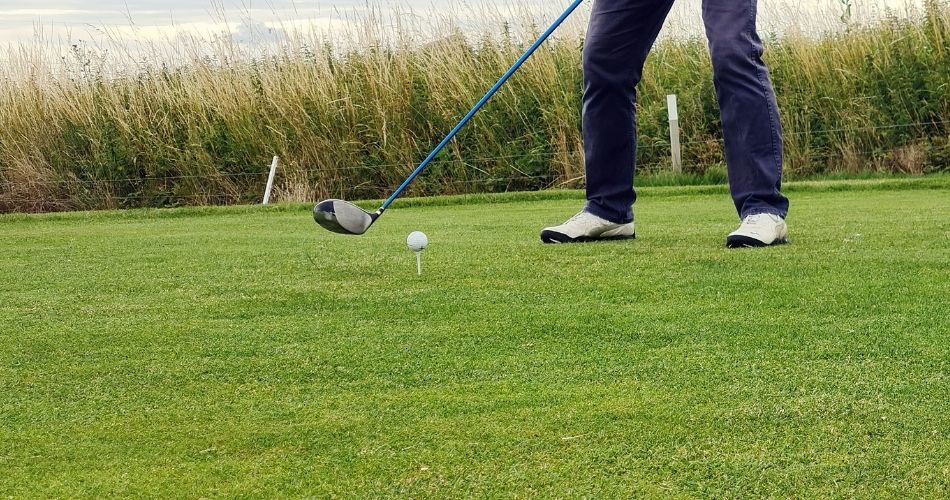 What Influences the Launch Angle in Golf?

It can be seen that the same club performs differently in the hand of different users. Also, the launch angle of the club depends on the manufacturer too. They can design the club to be aerodynamic and to provide more speed. Both of these things influence greatly the launch angle. Different situations need different launch angles.

In the above part, we have discussed about the loft design, loft angle, and launch angle. Now we will take you through the loft design and angle of all clubs. Knowing the loft design will help a golfer more in the game. If you want to know Standard Size Golf Club?

Generally, all the wedges are highly lofted. With any wedge, one can hit the ball very high in the air. But we have already given the idea of which wedge is made to hit the ball with the highest launch angle. So we would not talk about this anymore.

Here is the table of all wedges loft angles.

Lob Wedge- We have described about it in detail in the introduction. However, we will describe about it in brief. As we can see in the table the lob wedges are designed with a loft angle of 60 degrees or even more. There are some golfers who use a lob angle more than 60 degrees like Phil Michelson who uses a lob wedge with a loft angle of 64 degrees.

The irons club has a shorter shaft and smaller clubheads. Typically, it can be seen that a golfer has 4 irons in their bag. Irons are used to hitting the ball towards the hole.

Chart for iron clubs number and their loft angle.

It can be said that the irons are designed with mid-range loft angles.

Typically, the most commonly used fairway wood is number 3 wood that can have a loft angle from 13 to 15 degrees. The 3 wood is available in different loft angles. The angle of the 3 wood lofts depends on the golfers. If the golfer wants to shot the ball far away then they use the 3 wood with 13 degrees loft design.

However, there are many fairway woods numbers that can be seen on the golf course.

Here is a chart with the loft angle of the fairway woods.

On the other hand, for the beginner or the higher handicap golfers, the suitable loft angle is about 12 to 12.5 degrees.

However, one must not think that one can shot the ball high in the air with a driver. That means the driver cannot toss the ball out of the bunkers or the rough areas. These are only designed to shoot the ball with a lower launch angle and further distance.

Therefore the proper loft angle of putters is from 3 to 4 degrees. Besides, some professional players use putters with 1 degree loft angle and some use 6 or 7 degrees loft angle putters.

Why Most Golfers will Benefit from More Loft Angle?

This article has all the relevant information on the golf club design and loft angle. After reading this one will know why the lob wedge is the first club to launch the ball to the highest and the sand wedge is the 2nd.