Golf is a luxurious as well as a historical came. People are playing golf for quite a time and they use different terms to define the different positions and scoring in golf. Bogey is one of the terms people use in golf and it also holds a story. Many people don’t know the term and fall into embarrassment in front of people while playing golf or talking about golf. If one is playing golf they must have to learn the terms used in golf as every term hold a lot of meaning and history.

Here, people will find the answer to the question of what is bogey in golf and some other related information about the term.

What is Bogey in Golf?

The term ‘bogey’ refers to a score of one stroke over par on a hole. For example, a score of 6 on a par 5 hole. This term was the first used stroke system developed in the 19th century in England by a famous golfer to establish a standard number of strokes a good player should take on per hole. The word I originated from an English dance song called ‘The bogey man’. For a better understanding, let's know the related terms to bogey that refers to scoring.

Types of Bogey in Golf

In golf there are mostly three types of bogey is possible but sometimes it becomes four.

Double Bogey: The name can define the meaning. Double bogey means taking two strokes against per hole score. For example, if one is playing a 3par hole and they took 5 strokes against the par to put the ball into the hole then they make it as a double bogey.

As with the bogey, double bogey is also a common term. Because not everyone is a professional in golf and people make mistakes.

Triple Bogey: The definition is as, like the other two-term, it means taking three-stroke against par hole score. For example, if one is playing 3par hole and they complete putting the ball into the hole by 6 strokes then this makes them a triple bogey. However, the term triple bogey is not so common but not so rare. The term is very common among the beginner and sometimes among the intermediate golfer. One shouldn’t be embarrassed if they are triple-bogey because people make mistakes to learn.

What does bogey mean in golf, good or bad?

In golf, the term bogey can be both good and bad. Depends on the number of strokes against the par hole score and the way the golfer scored it. If we look into an example, let’s consider two golfers who have made their 5 strokes against a 4par hole. One player hits his first shot 250 yards and in the second he is 10’ way from the hole. On the other hand, another golfer took his first strike at 150 yards and he took four more strokes to close to the hole with 60’ distance. That makes the first a bogey and the second one a triple bogey. Bogey is a good term in golf not more than this. A third bogey is not a good term.

What is the bogey golfer handicap?

A handicap for bogey golfers is different for both genders. For a female golfer, the bogey handicap lies between 21.5 to 26.4 and for the male golfer, it lies between 17.5 to 22.5. The main purpose of the irons handicap system is making the difference or understanding the difference or making the equity between two different skills levels by giving them a number based on a mathematical formula. That formula is composed of the golfer's recent score.

Is bogey a bad term for a professional golfer?

Is bogey bad for the casual player?

If people play golf casually, that means they don’t play much or don’t spend as much time on a golf course practicing golf compare to the professional. The casual golfer can be beginner or intermediate, depending on the time and skills they put on golf. Normally, they will not have many skills in golf like the professional. So, making mistakes is normal for them. Depending on the player's handicap their bogey score can be look as okay or average. 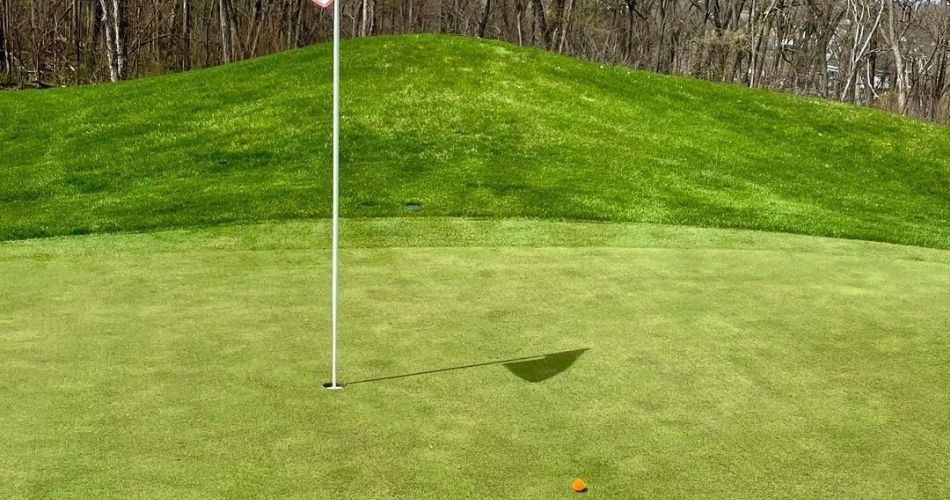 What is Bogey in Golf

Which is better birdie or bogey?

Before answering the question let’s look at the terms again with an example. In golf, to put the ball into the 5par whole one will need strokes. If the golfer makes the ball into the hole in 4 strokes for the 5par whole then make him a birdie. On the contrary, if the golfer takes 6 or more strikes to put the ball into the hole then makes him a bogey. That means birdie needs fewer strokes than the bogey and scores more. So, we can say yes birdie is better than bogey. In case of how bad a bogey is depended on the number of strokes. If the player needs one more stroke over par hole then it's considered to be okay or less bad. But if they took 2,3, or 4 more strokes over par hole then it considers to be worst which is not acceptable for the professional,

Golf is sometimes more than a sport. It holds history and culture by the rules and terms it uses. Golf sports has many terms that come from many historical events holding an interesting story. Every term in golf is meaningful and the golfer should know the terms and their meaning to do well in golf as well as to save themselves from falling in embarrassment in front of people.

Above, we have discussed the term bogey and some other terms related to bogey. These terms are related to scoring which is important and every golfer should know about the details of them along with their history.

The people who want to what is bogey in golf along with all the relevant details of this term will find this article informative and useful.